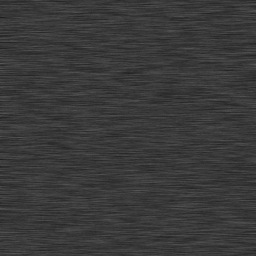 The MonkeyFX guides were created by Andi Allan as a response to a request for a simple explanation for how an envelope filter works, posted on the Harmony Central forums (acapella.harmony-central.com). Due to enthusiastic response, they grew quickly to the format you see now, i.e. very scruffy indeed.

Envelope filter is a bit like an automatic wah (not to be confused with auto-wah). Imagine that you have a wah pedal and a well-trained monkey.

A harmoniser is a specialised pitch shifter. I'll break out the monkeys again for an analogy-rich description, if I may.

Imagine that there is a well-trained monkey. This monkey has a pair of headphones on, through which he can hear what you're playing. He also has a guitar that sounds just like your one. There's a dial on the front of the box where you choose what key you're playing in, and another that lets you choose what interval you want (e.g. a fifth, a major third or whatever else). The monkey looks at what you've chosen on the two dials, hears what you're playing and plays a note at that interval in the scale you've chosen. His signal and yours are mixed together and fed back out.

As in previous analogies, imagine that the monkey is inside the pedal/rack unit, and is tiny, with a tiny guitar and a tiny pair of headphones. Then simply imagine that there isn't really a monkey, and that it's all done with some very clever electronics. Ta da!

Imagine a line of laid back, hippy monkeys, each with a guitar just like yours. They're sitting on little stools in a cunning arrangement such that each monkey can only hear the monkey sat before him. The first monkey hears what you played, turns to the next monkey and plays it back to him. He then turns, and plays to the next monkey. At each stage, little mistakes are introduced due to the hippy monkeys' inherent laid-back-ness. At the end, the last monkey plays, and his guitar is connected to the output.

Now imagine the monkeys are tiny, as before, with tiny guitars and tiny stools and a tiny baffle. They're in a box. A knob labelled "feedback" controls the baffle. Then, kapoosh! The monkeys disappear and are replaced by a Bucket Brigade chip, and off we go.

Exactly the same as analog delay, but there are many more monkeys, and they're all actuaries and very precise. Some people miss the laid-back-ness of the hippy monkeys, but many like knowing that little actuary monkeys are taking very good care of what they're playing. Some of the monkeys know special tricks, like making what they play come out of the output even though they're not the last monkey.

Thousands of monkeys are sat on stools in a large hall. Each has a guitar like yours (getting repetitive yet?). They are all sat at different distances from you, and hence hear what you're playing at different times. As soon as you start to play, they all copy what you're playing. In an analog chorus, laid-back hippy monkeys (see analog delay) are used; in a digital delay straight-laced actuary monkeys are used. Because they are all playing just slightly out of sync with you, it gives a much richer, fuller sound. In most types of chorus, the monkeys are actually sitting on an old-style fairground carousel, and therefore each gets nearer and further away from you, hence playing with a different delay as the carousel turns and giving a warbled sound.

Similar, overall, to chorus, but there are only, typically, 2, 4, 8, or maybe 12 monkeys in total. Phaser gives a sucked, whooshing noise.

Two monkeys. One has a guitar just like yours, but with a tremolo bridge (if yours doesn’t have one). He plays the same notes as you, but the other monkey is quite mischievous and is constantly wobbling the tremolo arm up and down. When the sound of the first monkey’s guitar is mixed with yours, the subtle pitch differences create a whooshing, almost jet-like sound. Some flangers use several teams of monkey guitarists and tremolo wobblers.

Picture the scene. Sicily, 1947. A monkey. With a volume pedal. He has tinnitus, so he doesn't like loud noises, but needs things to be a certain volume level in order to hear them, poor little mite. He is wearing headphones. When you play, if it's too loud, he turns the volume down a little. If it's too quiet, he turns it up. He can do this quite quickly if he wants, but there's a big dial in front of him, telling him how fast he's allowed to turn the volume control. There's another control that determines how loud his headphones are compared to your guitar.

Pop the little chap in a box and paint it (traditionally) blue and off you go. Oh, it might be a good idea to replace him with some sort of electronics gubbins, to save his poor hearing.

Some compressors allow you to have a little effect loop in between your guitar and his headphones, so that you could (for instance) have him only listen to the bass part of your guitar sound, but work the volume control according to that.

As above, but now the monkeys are different sizes. The first monkey and guitar are half the size of yours, and therefore play an octave higher than you. The next is a quarter the size of you, and plays two octaves higher, the next 1/6th the size of you and plays at 6 times your pitch and so on. Again, this gives a fuzzier sound, but one that's much smoother and easier on the ears than the SS overdrives.

Essentially the same as solid-state overdrive, but the monkeys play louder, with the end result that the sound coming out is very very messy indeed. The monkeys particularly like this, because they get to play good and loud and generally make a racket. Fuzz monkeys are generally fed the most bananas.

Boutique FX function in basically the same way as non-boutique FX, with the following differences:


These factors combine to make many people think that boutique FX produce better sound, due to the happier monkeys. However, these monkeys are very expensive to raise, and so the boutique FX tend to cost many more bananas to buy. There is much debate as to whether it's worth it.

Again, a monkey sitting on a stool. He plays the same thing as you, but there’s another monkey spinning the first monkey’s stool rapidly. This makes the first monkey dizzy, and the sound his guitar makes is therefore rather warbly. It’s like a combination of flanger and chorus. Univibe is seen as rather cruel to the monkey on the stool, and therefore many guitarists prefer the sound of a Leslie speaker cabinet, in which a speaker (or two speakers) is/are rotated by a motor. Many say that the Leslie is much superior in sound as well, but they’re bigger, heavier and more expensive than even a boutique monkey based univibe.